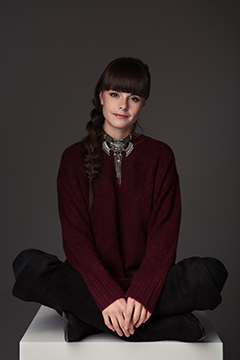 "Music has to fill the soul, that is its essence."
- Ditka

With this motto singer and songwriter Ditka has been building her music story.
She stepped into the world of music as a little girl. Her father Gorazd, music teacher, pianist, composer, singer, impressed her with music and soon they began to work together. The story that is being written today is a combination of poetry of well-known Slovenian poets (Feri Lainšček, Tone Pavček, Marko Pavček, Ciril Zlobec) and her own songs in English language.

2021- beginning of the Ditka International / www.ditkaint.com

2021- colaboration with British producer Stuart Epps on Ditka's song "Cold Heart" , the song is released under "Epps Records" in UK and USA

2019 - Ditka became a winner of the Sofia SInger/Songwriter Festival

2017 - review of album "Ne spreminjaj me" published on the Dutch musical blog "Muziekwereld", Ditka was also selected for "Artiest van de Maand" / musician of the month